A Psychological Analysis of Hypnotherapy’s Efficacy

A Psychological Analysis of Hypnotherapy’s Efficacy

Historically, hypnosis has been correlated with witchcraft, and its credibility has been put to question by stage hypnotists. The etymology of the word is Greek, where the word ‘Hypno’ means to sleep; however, hypnosis is not a sleep-like state. As outlined by the American Psychological Association, the modern definition of hypnosis is a state of focused concentration, diminished secondary awareness, and enhanced suggestibility.

In this blog post, we will see what psychological studies have argued about the usefulness of hypnotherapy.

A meta-analysis of analgesia induced through hypnosis, conducted by Montgomery, DuHamel, and Redd (2000), showed the effectiveness of hypnotherapy for pain control. They analyzed 900 people, and 75 percent of them felt significant pain relief. It proved that hypnotic pain relief was effective, specifically with burn and cancer patients.

Grondahl and Rosvold (2008) conducted a trial to use hypnosis as a treatment of chronic pain in a small group. They divided the people into two groups of eight. Out of that, seven people per group went through and completed the hypnotherapy treatment. Although the sample size of this study was small, Grondahl and Rosvold gathered substantial results to back their study. They concluded that hypnotherapy does have positive effects on pain management and patient’s life quality, and the results last for at least a year.

Tan, Rintala, Jensen, Fukul, Smith, and Williams (2015) found that training patients in self-hypnosis for two sessions and giving them a self-hypnosis audio recording would be equal to eight sessions of hypnotherapy. The authors found self-hypnosis as an effective treatment for chronic lower back pain. They concluded that as compared to biofeedback (Biofeedback means to gain awareness of many functions of a person’s own body), self-hypnosis played a better role in reducing pain intensity. They also concluded that this practice would ensure that clients get individualized suggestions for their conditions. 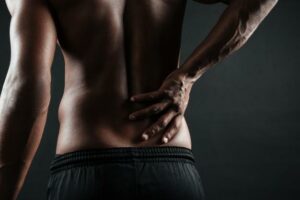 Baker, Ainsworth, and Torgerson (2009) analyzed hypnosis’s use to reduce anxiety experienced during exams. Through statistical data, they concluded that hypnotherapy was useful in reducing exam anxiety. However, they could not deter the ‘optimum dose’ of it or the delivery (self, clinical, or audio-based). Hence, they recommended further research.

Hammond (2010) found a treasure of research that proved the efficacy of hypnotherapy in treating anxiety (specifically cancer, operations, dental procedures, and burns).

Untas, Chauveau, Dupre-Goudable, Kolko, Lakdja, and Cazenave (2013) tested hypnotherapy with people experiencing anxiety for going through dialysis. They concluded that hypnosis reduces the dialysis induced anxiety in a similar way, as described by Hammond (2010). Untas et al. (2013) suggested that hypnotherapists should monitor patients with dialysis to ensure patient care. This study proved monumental in supporting the idea of hypnosis during the patient’s treatment. 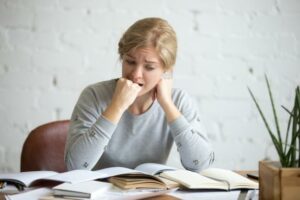 If you’re suffering from chronic pain or anxiety, or other issues like alcoholism, drug addiction, and eating disorders, Advance Hypnotherapy of Naples can help you. If you’re in Naples, FL and are looking to transform your life for good, schedule an appointment with us today.