Anorexia, Bulimia and other eating disorders are enormously complicated and difficult problems for individuals to overcome. However, hypnotherapy is becoming an increasingly valuable therapeutic tool for dealing with these severe problems. Hypnotherapy offers the means to evaluate and heal the emotional background to these conditions, as well as helping to install more positive thought processes, help remove destructive habits, and give clients a more positive, optimistic mind frame with which to deal with the world. 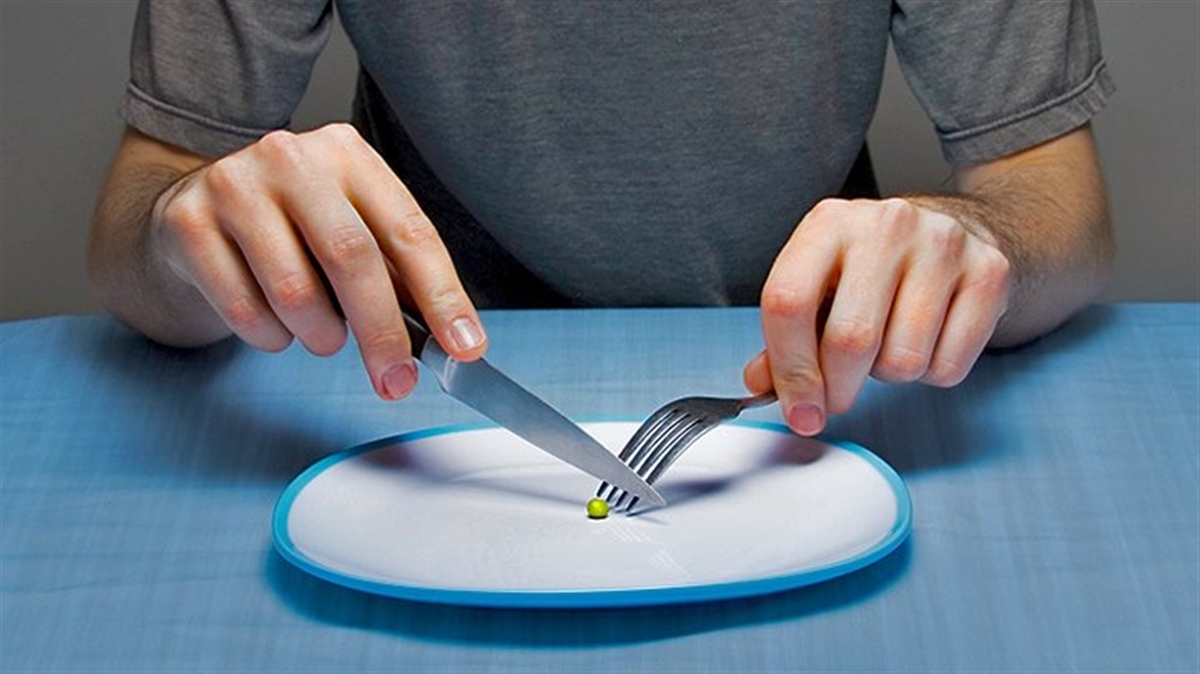 Based on research by John Hopkins University, Bulimia is an emotional disorder involving distortion of body image and an obsessive desire to lose weight, in which bouts of extreme overeating are followed by depression and self-induced vomiting, purging, or fasting.

Bulimia nervosa is a serious, potentially life-threatening eating disorder characterized by a cycle of bingeing and compensatory behaviors such as self-induced vomiting designed to undo or compensate for the effects of binge eating.

The binge-purge cycles can happen from many times a day to several times a week.

Often, people with bulimia keep a normal or above normal body weight. This lets them hide their problem for years. Many people with bulimia don’t seek help until they reach the ages of 30 or 50. By this time, their eating behavior is deeply ingrained and harder to change.

There are 2 ways people with bulimia restrict calories:

• Purging type. The person engages in self-induced vomiting or misuse of laxatives, diuretics, or enemas, or other medicines that clear the intestines.

• Non-purging type. The person uses other behaviors, such as fasting or excessive exercise, rather than purging behaviors.

Who is at risk for bulimia?

Bulimia most often affects females and starts during the teenage years. But, it can also affect males. People with bulimia are more likely to come from families with a history of eating disorders, physical illness, and other mental health problems. Other illnesses, such as substance abuse, anxiety disorders, and mood disorders are common in people with bulimia.

The cause of bulimia is not known. Society and cultural ideals that assign value based on body weight and shape play a role. There is also a genetic link as eating disorders tend to run in families.

These are the most common symptoms of bulimia:

Most people with eating disorders also share certain traits including:

If you have bulimia, you may binge to reduce stress and ease anxiety. 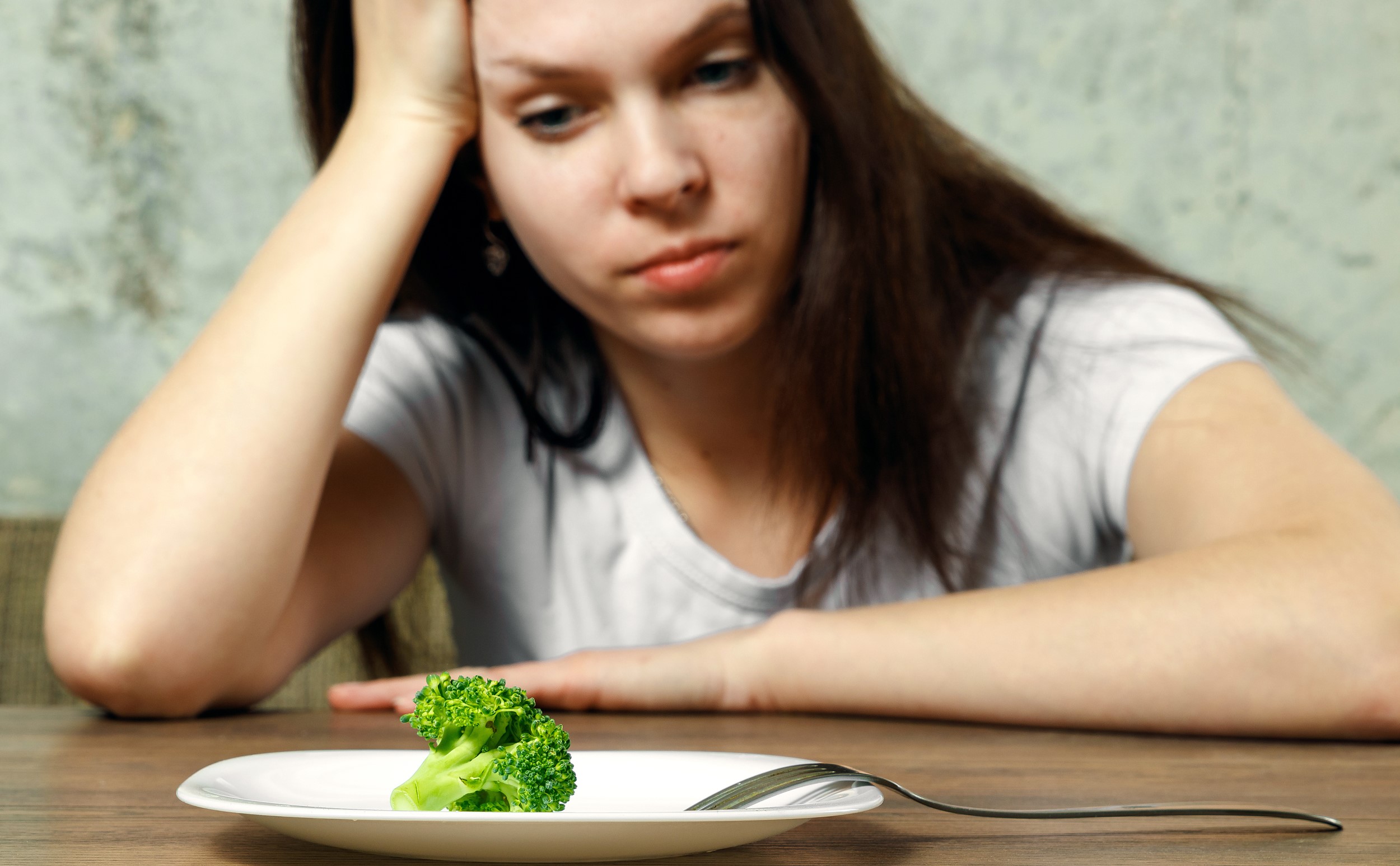 The symptoms of bulimia may look like other medical problems or mental health conditions. Always talk with a healthcare provider for a diagnosis.

Anorexia (an-o-REK-see-uh) Nervosa — often simply called anorexia — is an eating disorder characterized by an abnormally low body weight, an intense fear of gaining weight, and a distorted perception of weight. People with anorexia place a high value on controlling their weight and shape, using extreme efforts that tend to significantly interfere with their lives.

To prevent weight gain or to continue losing weight, people with anorexia usually severely restrict the amount of food they eat. They may control calorie intake by vomiting after eating or by misusing laxatives, diet aids, diuretics, or enemas. They may also try to lose weight by exercising excessively. No matter how much weight is lost, the person continues to fear weight gain.

Anorexia isn’t really about food. It’s an extremely unhealthy and sometimes life-threatening way to try to cope with emotional problems. When you have anorexia, you often equate thinness with self-worth.

Anorexia, like other eating disorders, can take over your life and can be very difficult to overcome. But with treatment, you can gain a better sense of who you are, return to healthier eating habits and reverse some of anorexia’s serious complications.

Some people who have anorexia binge and purge, similar to individuals who have bulimia. But people with anorexia generally struggle with abnormally low body weight, while individuals with bulimia typically are normal to above normal weight.

Behavioral symptoms of anorexia may include attempts to lose weight by:

The benefits of hypnotherapy don’t just end when the person begins feeling better. Hypnosis works by empowering the client, by allowing them to develop the necessary skills to deal with any difficulties they may face in the future.

Here at Advanced Hypnotherapy of Naples, we are committed to providing the highest quality service to our clients. Our therapy engages multiple modalities, hypnotherapy, which engages the sub-cognitive, conversational therapy or talk therapy which engages cognitive (logic and reasoning) and NLP (Neuro-Linguistic Programming) the language of the mind, and of course Hypnotherapy. Whatever is necessary to address the underlying causation.

Thank you for taking a look at our site and for your interest in our Hypnotherapy services.

We’d like to offer you a discount of 10% on your hypnotherapy session when you book online.