Common Myths and Misconceptions about Hypnotherapy

Common Myths and Misconceptions about Hypnotherapy

With misconceptions prevailing about even the most traditional therapeutic methods, there’s a high possibility that countless people have come across objections against hypnotherapy and how it has no scientific evidence to back it up.

This can be largely attributed to the portrayal of hypnotherapy and hypnosis in television shows and magazines that anyone who indulges in it as mystical, esoteric individualswho are trying to pass off magic as science. Not only has this given rise to a plethora of myths among individuals but it has also swayed the opinions of some doctors, clinicians, therapists and even some Christians.

However, countless research conducted over the past few years has established the credibility of hypnotherapy as a clinical method of treatment for a variety of health issues. From treating panic disorders, sleep disorders to substance dependency, hypnotherapy has become a close adjunct to cognitive behavioral therapy with an unmatched success rate.

So, let’s dispel a few myths about hypnotherapy.

Myth no. 1: Hypnotherapy is only for the weak-minded

The first and most common myth about hypnotherapy is that it’s for mentally weak individuals who are more susceptible to suggestibility. This couldn’t be further from the truth because hypnotherapy is more efficient with people who have a better sense of creativity and a stronger imagination since the treatment requires immense focus and concentration to be effective.Therefore, mentally strong individuals are easier to be hypnotized.

Myth no. 2: Hypnotherapy strips people of their free will

This myth will prevail as long as people have misunderstandings about the process of hypnotherapy. The underlying idea behind the treatment is to help an individual address the fundamental issues behind their health condition so they can take the necessary steps toward healing. As such, a clients’ mind is fully aware during hypnotherapy and is experiencing a trance-like state where the analytical mind is relaxed.

Myth no. 3: Hypnotherapy makes people give up their secrets

While it’s true that many patients learn things about themselves which they had either buried in their subconscious, forgotten, or didn’t explicitly know, but to say that hypnotherapy can be used as a tool to manipulate patients and compel them to give up their secrets is false. The process of hypnotherapy involves guiding a patient as they formulate a deeper understanding of their experiences, actions, feelings, and thoughts in a relaxed headspace. In addition to that, since the patients are cognizant during the treatment, they can’t be forced to talk about anything they don’t want to.

Myth no. 4: Hypnotherapy is a mystical practice

This is perhaps one of the most predominant misconceptions about hypnotherapy. Hypnosis is a natural yet altered state of awareness, that bypasses the critical faculty while selective thinking is maintained. In reality, we experience this altered state multiple times per day. Hypnotherapy is a clinical practice that’s used to treat a variety of mental, emotional, and physical issues. It’s performed by professionally trained clinicians and was recognized as a medical treatment by the American Medical Association in the 1800s.

The United States National Institute of Health has also reported that there’s ample evidence that supports the effectiveness of hypnotherapy in averting chronic pain, IBS, and a range of other illnesses. 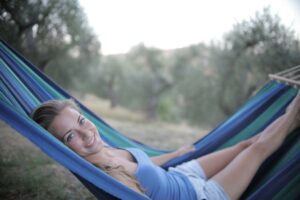 Now that you understand the credibility of hypnotherapy as an effective medical treatment, if you or your loved ones require an expert clinical hypnotherapist to alleviate the symptoms of certain health issues, we can help you out.

At Advanced Hypnotherapy of Naples, we treat a wide range of problems including panic attacks, weight issues, and phobias. We also specialize in anxiety treatment, insomniatreatments, migraine therapy, and sleep disorder therapy. Get in touch to book an appointmentwith us in Naples, FL today!